TWA's Around The World Service 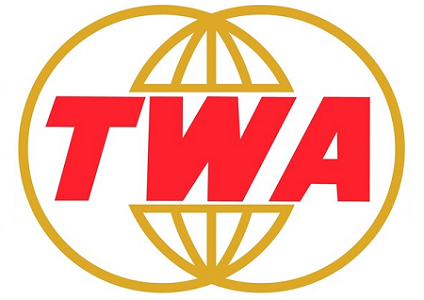 TWA - Around the World Service

In 1972 TWA had 2 around the worldflights  every day in each direction. Although using different flight numbers and aircrafts it was a true round the world service

In Tel Aviv, this flight had conenctions to/from Frankfurt and London as well as Rome and Athens.

In 1975, TWA pulled out from the Pacific and Far East. 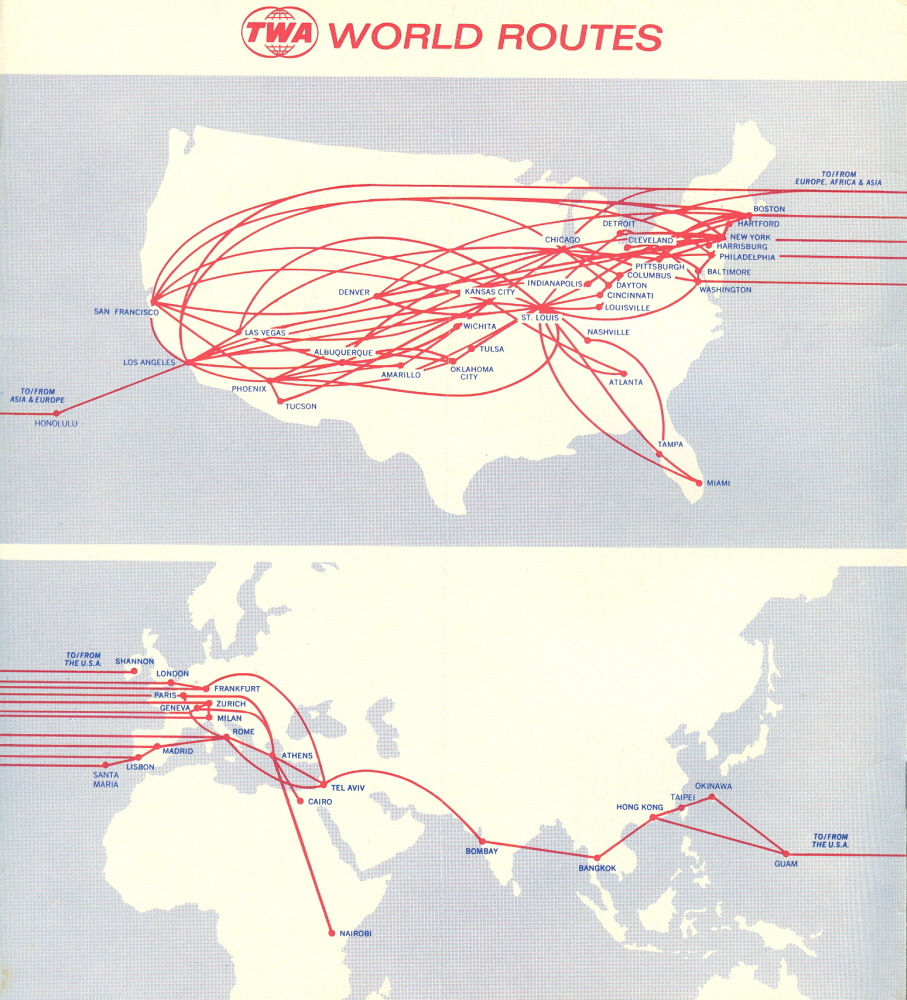 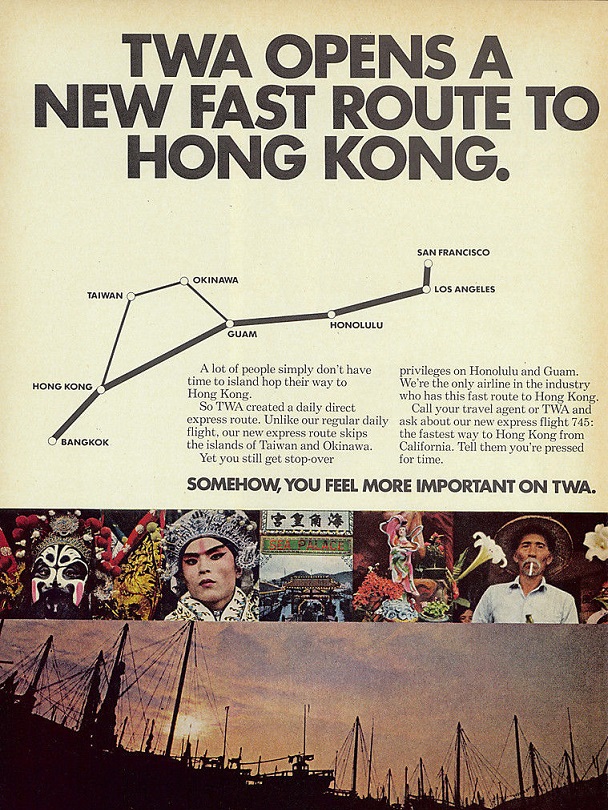