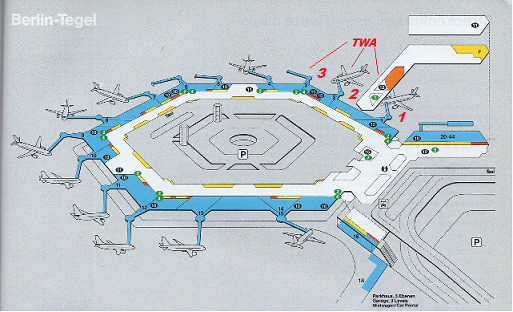 Berlin Tegel was considered a Mini-Hub for a short time. 3 Boeing 727-31 were based at EDDT to operate IGS flights. The short lived IGS ops discontinued in 1990. TWA used Gates 1,2 and 3. For L1011 Gate 1 was used for aircraft stand and boarding thru 1L door and Gate 2 for boarding thru 1R door

Berlin - Munich - Berlin was planned but was never introduced

Additional services throughout the years: 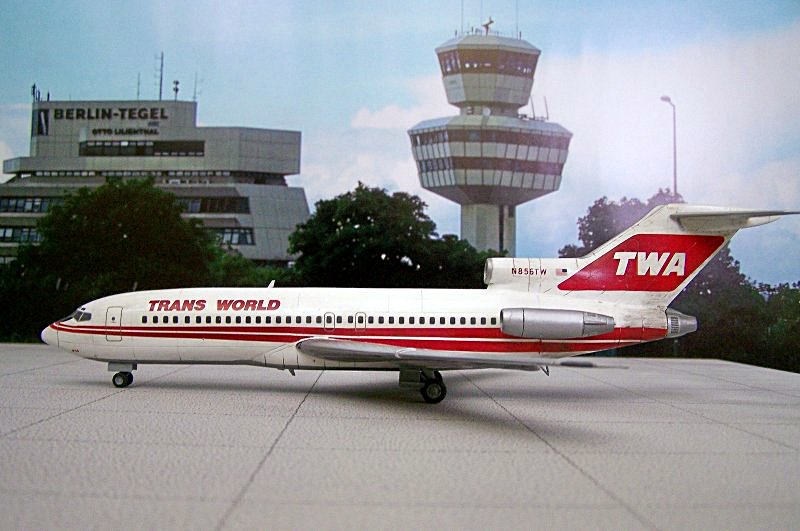 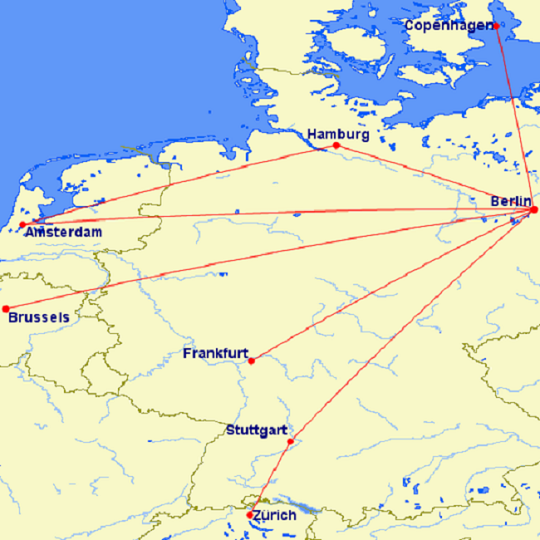